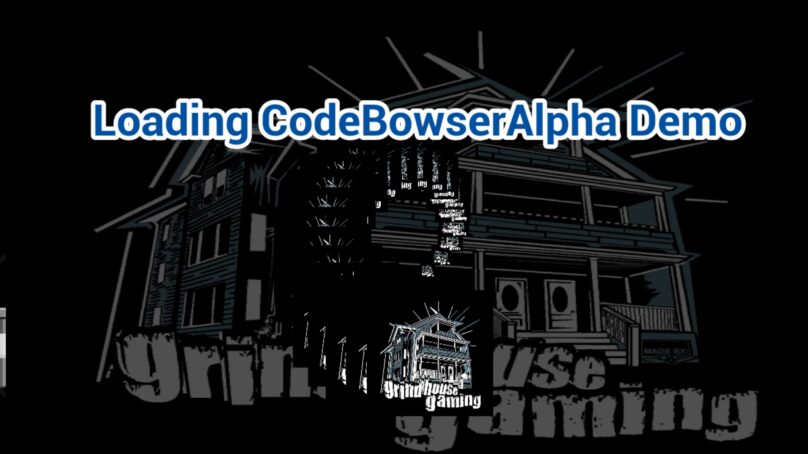 Well after a few weeks of getting a new (old) computer installed to help run this website, my streaming, and just well… just haveing a good windows computer in general… I decided to also give a go at app/game development. I feel as though it was an inevitable thing going to happen at some point again in my life.

I started game development at a very young age because I had access to a DOS home computer that my mom used for work. It had BASIC on it… I think BASIC A to be exact, and it was my first real look into code. I found an old 10 cent book at the library that was like an intro into BASIC and from there… it was on like donke… never mind. I started coding my 1st simple input and print command on a green screen AT&T computer. Yep that’s right. My 1st game was literally just my sisters inputing their names and the computer saying hello to them. I guess it was more of an app. I thought in my eyes I was a god… I was in the matrix… I had just developed a new passion for this screen that I could program, which would eventually lead to myself learning HTML shortly after… I see you GeoCities and AngleFire!~

Fast forward to 2020, Covid hits, the world is changing… and it gives me a lot more time on the home front. Getting a streaming setup now is something I recommend to anyone that uses a chat at work now. A nice setup really makes a difference. I’ll get more into that on another post. Having a windows computer (with an older GTX750) would now allow me to get do the emulating I always wanted to do. I have a vast Nintendo collection from NES all the way to Wii, and it would also allow me to get more into 3d GraFX and game/app development.

After coming up with an idea to integrate web pages into an app/game I took off trying to figure out how to accomplish what I was dreaming. Now, to be clear, THIS GAME IS NOT THAT DREAM. This is a demo test environment that I am developing to learn modern game/app design and techniques, as well as start to try and implement web source material.

Anyone trying to build a modern game knows there are 2 basic giants right now as far as engines that run them. That is Unity and UnReal. Unity using mostly the C# or JavaScript language and Unreal running C++. They both have advantages and disadvantages depending on what you are doing, so I installed both and started playing around. Doing lots of online research and some testing development, I settled on Unreal Engine because of the Open Source project work already being done with some of the main coding elements that I am going to try and focus my work on. Which involves full website integration both down and up with HTML 5.

The other big piece of what I am working on involves Chromium which is developer source code from Google that can basically run CEF (or a type of Chrome Browser) in your apps. However at this time I only have browser support in my Windows builds. Even though I have the game exported to my Android phone and it does run, the browser does not show up as it does in windows. So for now I will only be building Windows x64 support for what I am codenaming: CodeBowserAlpha

This is a very rough ALPHA so please be nice and leave any helpful comments or suggestions down below. Thank you for playing. I will have updates released as often as I can as long as I have testers who are willing to give feedback. I have only worked on this game for a week now since I had my initial idea and it’s really just a 2d test environment for now to play around with some physics and really just to learn how to use Unreal Engine 4.

Below is the link… it will be zipped in .rar
Just download the file… unzip the .rar package
Run CodeBowserAlpha.exe